On 5 July, the EEA joined with ICLEI to host the 3rd Open European Day (OED) in Bonn. A record number of participants included city representatives, universities and research institutes, international organisations, NGOs, commercial consultancies and freelancers, and national and regional governments. The day began with a panel discussion, followed by parallel sessions on:

The PLACARD team contributed two sessions to a successful event:

Our first session began with a message from the city of Alba in Italy, which found that communication between the adaptation, mitigation and disaster risk reduction communities can be difficult. Language and terms have different meanings for each group, which hinder efficient communication. Climate change has long been a known issue in this region, with important local knowledge on how extreme events and their impacts have changed over time.

People need to understand how adaptation, mitigation and DRR fit together, as it is not always clear. For example, measures taken under the banner of mitigation can sometimes be considered adaptation, however, asking mitigation specialists to specifically consider adaptation in their tasks can lead to confusion. We need to show clear guidance on how the three areas can work together, with examples and an explanation of the benefits.

Finance and governance are often regarded as major obstacles to collaborating across the disciplines – each area is funded by separate initiatives and funding bodies. Governance in cities is frequently organised with a rigid sectoral structure, which makes it difficult to break out of existing silos – these clearly separate groups do not help to increase collaboration.

Cities need to bring in a cross-sectoral thread of responsibility, to bring in people with adaptation, mitigation and DRR skills who are able to implement integrated solutions.

Exploiting the full potential of nature-based solutions in cities

Nature-based solutions (NBS) offer a range of benefits for urban areas, but these are not without potential disadvantages. Identified issues include the rise in land and house prices, and the increased frequency of certain diseases due to people being in more direct contact with nature.

However, there are also many benefits – the impacts of recent flooding in Paris is thought to have been reduced by 1 meter due to the installation of NBS.

The use of NBS as a climate change adaptation measure can be a problem; decisions are sometimes made by central government without providing the necessary funds for local implementation, or adaptation is often not a legal requirement. As a result, regions and municipalities are not compelled to take action.

Funding for implementation is frequently an issue – cities need creative solutions and alternative funding in order to implement NBS. A useful way to find alternative funds is to demonstrate the local benefits natural solutions can bring to different sectors, that could also save money.

After a range of very interesting sessions from science, practice and policy, the new European Environment Agency report – Urban adaptation to climate change in Europe – Transforming cities in a changing climate was presented by the director of the EEA.

A final remark made at the meeting: there is still a need for a city-focused event. Cities are where many adaptation and disaster risk reduction measures are implemented on the ground, with direct consequences for the security of citizens. It is therefore essential to document cities’ experiences, create awareness about the importance of, and find ways to assist cities in making decisions on the implementations of CCA and DRR plans.

If you are already thinking about the next OED event, what topics were missed this year, and what could be included in next years’ event? Let us know your thoughts!

We are also carrying out a survey on the narratives used to increase the collaboration between adaptation and disaster risk reduction – your contributions would be appreciated.

The event report will be published in the autumn.

Mário is a researcher at FFCUL, taking part in a range of national and international projects on climate change adaptation for the biodiversity and water sectors. He has collaborated in CIRCLE-2 ERA-Net and is presently the Coordinator of PLACARD. 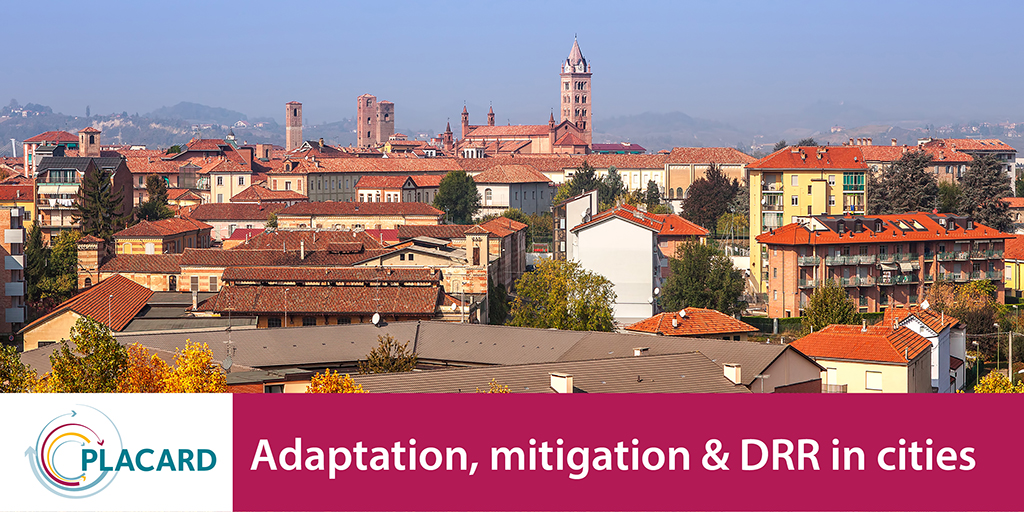