Narratives, or stories, are not only used to communicate disaster risks to different people, but they can also be a way to jointly develop effective solutions, as described by Julia Bentz in her blog about a session at the EDUCEN City-Culture-Catastrophe conference. The session’s question was: do stories differ if they are told from a disaster risk reduction (DRR) or from a climate change adaptation (CCA) point of view? If so, would developing a joint DRR & CCA story help not only to raise awareness but also to get people to act? One group was asked to develop a story from a DRR perspective, one from a CCA perspective and one from an integrated perspective. What was the outcome?

Rather to our surprise, the different groups had quite similar results in a number of ways. They all discussed not only the stories themselves but also how to develop and communicate them: they recommended focusing on small, sensitive or influential groups from which messages can be scaled up, such as students, the media and well-known individuals from the community, the business sector (e.g. trade organisations) or scientists who are influential in the local community. Local stories from the past were also seen as important and, if possible, people from the community who experienced past disasters should be involved, making it an inter-generational issue. Emotions matter as much as facts!

Another common element was that all groups suggested that stories should be positive (we care!), and quickly move from risks to opportunities and solutions (we can make things better!). Stories should not only focus on solutions for CCA or DRR, such as safety and resilience, but also, or mainly, create connection to the priority issues of local communities, such as wellbeing and the local public space for citizens, or innovation opportunities for entrepreneurs.

Good practice examples, well-presented and stressing the benefits in terms of wellbeing and money, are key. Co-creation of solutions generates better ideas, can create alliances and foster public support (we are not alone!). Any differences concerned the emphasis on particular elements of the stories, for example, on historical events in DRR and on future projections in CCA, rather than in the choice of story elements. Evidently, stories for citizens would focus more on wellbeing and be developed with citizen groups or NGOs, while stories for the private sector would focus more on economic issues and involve companies.

How can these similarities be explained? The participants conjured up a number of explanations:

Evidently, a one-and-a-half hour conference session cannot be regarded as a serious research effort, but rather a small experiment that increased our interest to further investigate. The results showed that not only can the development of narratives play an important role in getting people to explore joint solutions to problems like disaster risks and climate change, but they are also fun! 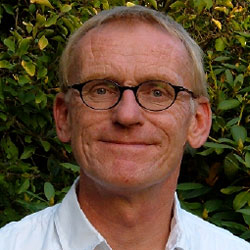 Rob is coordinator of international climate change adaptation research at Wageningen Environmental Research in The Netherlands, and involved in a number of national and international climate change adaptation and disaster risk reduction projects. Previously, he headed the European Topic Centre on Air and Climate Change of the European Environment Agency (EEA) and was extensively involved in the work of the IPCC. Most of his career he worked at the interface of science and policy on integrated assessment of international environmental problems in the context of sustainable development at the Netherlands Environmental Assessment Agency (PBL).